Brown signs off with a gong as Queen honours COVID heroes

Former Transport for London commissioner Mike Brown has been awarded a CBE in the delayed Queen’s Birthday Honours, which have seen transport workers and others recognised for their work during the pandemic.
Brought By

Former Transport for London (TfL) commissioner Mike Brown has been awarded a CBE in the delayed Queen’s Birthday Honours, which have seen transport workers and others recognised for their work during the pandemic.

Mr Brown (pictured) was made a Commander of the Order of the British Empire (CBE) for services to transport. 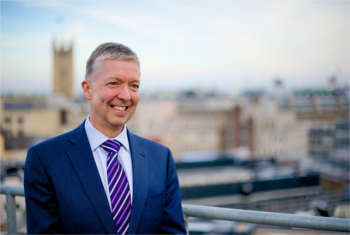 ‘Akram’s inspiring adaptation of the Dial-a-Ride service during the coronavirus pandemic ensured food and deliveries continued to reach the most vulnerable Londoners and our essential workers, and is a testament to the values of community and support that lie at the heart of our city.

‘Mike Brown displayed exceptional leadership and vision at the helm of TfL as former commissioner, helping to transform London's public transport network into one of the best in the world. His recognition is very well deserved.’

Two people from the haulage industry were made Officers of the Order of the British Empire (OBE) for services to transport – Carol (Lesley) O'Brien, formerly a board member at the Road Haulage Association and Kathryn Willard, a former director at Stobart Group.

The contribution of many transport workers to the pandemic response was recognised with the BEM.

Paul Billam, a 59-year-old bus driver in Barnsley, has been awarded a British Empire Medal (BEM) for services to transport and the community.

He checked on regular passengers as he passed their gates and also dressed up to cheer up children stuck at home during lockdown. pic.twitter.com/b3EShW2dZy

Paul Billam, a driver with Yorkshire Stagecoach, who also dressed up as TV and film characters to cheer up children during the lockdown, was given the award for services to transport and the community during COVID-19.

Aaron Sparks, a scheduler with First Buses in Dorset, received the same honour for services to transport during COVID-19, as did Karen Miles, a driver with Red Arrow.

Highways England employee Gregory Doughty was awarded the BEM for services to transport and to the Homeless during Covid-19 and metro systems and performance manager Herbert Montgomery was given the award for services to public transport in Northern Ireland during COVID-19.

Elizabeth Meade, team leader, passenger services and corporate finance advisory at the DfT, was awarded an BEM for public service.