Local authorities have called on MPs to help lobby the Government over the creation of lorry parks to cope with no-deal Brexit border disruption.
Brought By
#Traffic Management #Transport Planning

Local authorities have called on MPs to help lobby the Government over the creation of lorry parks to cope with no-deal Brexit border disruption.

The Government has warned 29 councils that lorry parks may be built within their borders, circumventing the usual planning process.

It comes amid warnings that up to 7,000 lorries could be left queuing due to delays of two days to cross the border in a ‘reasonable worst-case scenario’ if no Brexit deal is secured. 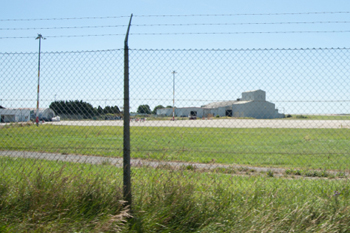 Warrington Council has condemned the ‘lack on consultation and local engagement’ over plans to build a facility off the M56.

Members passed a resolution at a meeting last week declaring ‘centralised national decisions are an affront to local democracy’ and pressing MPs to lobby the Government to ‘engage properly’ with the council.

Labour opposition members at Suffolk CC have asked their county’s MPs to persuade the Government to provide information on the location of lorry parks, their capacity and for how long they will operate.

Group leader, Cllr Sarah Adams, said: ‘We’ve known Brexit was coming for some time so to catapult the lorry parks at virtually no notice is a nasty way to treat residents, a large number of whom voted to leave the EU.’

Labour-controlled Halton Council has raised concern at the last-minute timing of the announcement and the Unite trade union has said ‘local authorities across the country are in the dark’.