'Job losses across country' if TfL funding is not fixed

London mayor Sadiq Khan has made a new pitch for government funding for the capital’s cash strapped transport services, warning that jobs across the country are at risk.
Brought By
#Transport Finance

London mayor Sadiq Khan has made a new pitch for government funding for the capital’s cash strapped transport services, warning that jobs across the country are at risk.

City Hall said Transport for London’s (TfL) supply chain currently supports around 4,000 firms nationwide and that it contributes about £6.4bn to the economy, around a third of which is spent outside of the capital. 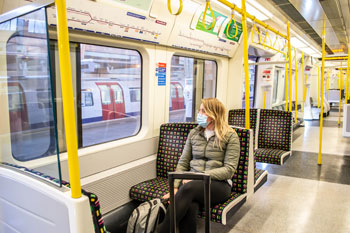 A passenger on the London Underground, June 2020

It said that TfL directly supports around 43,000 jobs across the UK, through its investment programme on the Tube, in addition to hundreds of thousands of other jobs which indirectly support TfL through its supply chain and the 55,000 full-time jobs that building Crossrail has helped support across the country.

However, while TfL services would normally bring in revenues of around £13m a day, continuing low levels of ridership mean it is still only earning around £5.2m daily.

City Hall said Mr Khan ‘has issued a stark warning that the regional jobs supported by TfL – and economic recovery from the pandemic more widely – are at risk if London’s transport network is not given the appropriate long-term government funding settlement it needs’.

Mr Khan said: ‘It’s clear that London’s transport network has huge economic benefits for the rest of the UK – from the new factory set to be built in Yorkshire to fulfil the order for new Piccadilly line trains, to Crossrail and its supply chain.

‘Because of the pandemic, TfL’s fares and other revenue fell by 90% at the height of the crisis, and ridership is still nowhere near normal levels. Fares income does not cover the cost of running services while social distancing is in place and fewer people can safely use public transport.

‘With TfL much more reliant on fares income than almost any other transport authority, it’s clear the old model for funding public transport in London is broken. The Government must urgently agree a new long-term funding settlement for TfL to support economic recovery and protect jobs across the country.’

City Hall cited as an example of a firm that TfL has contracts with Siemens Mobility Ltd, which designs, manufactures and maintains traffic signals and infrastructure across London, and is also manufacturing new cameras for the expansion of the Ultra Low Emission Zone at its facility in Poole.

It added that by securing work in TfL’s supply chain, businesses also have confidence to expand and invest in their facilities. It said Siemens has committed to a new train factory in Goole, Yorkshire, after securing the contract to deliver new trains for the Piccadilly line.

TfL has just extended Siemens' contract for the maintenance of traffic signal infrastructure in two areas of Lonodon.