Network Rail must stay ahead on green goals, Haines warns

Network Rail has published a new Environmental Sustainability Strategy, setting out a vision ‘to serve the nation with the cleanest, greenest mass transport’.
Brought By
#Rail

Network Rail has published a new Environmental Sustainability Strategy, setting out a vision ‘to serve the nation with the cleanest, greenest mass transport’.

The strategy includes a pledge to achieve net zero carbon emissions by 2050 (and 2045 in Scotland), in line with the relevant government’s targets, and to deliver continual improvements to air quality 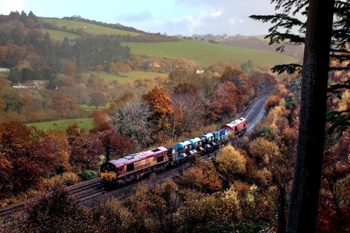 In the document’s foreword, chief executive Andrew Haines wrote that the strategy would be 'central to the way we work'.

‘Delivery will be led by our routes and regions, but thinking, planning and operating in an environmentally sustainable way must become part of the DNA of Network Rail as a whole. Acting sustainably should not be a bolt-on but part of what putting passengers first is all about.’

The strategy is based around what it calls four ‘core priorites’:

Network Rail was criticised in July for the inadequacy of its work to improve resilience to climate change, with the subsequent fatal Stonehaven disaster illustrating the seriousness of the issue.

It has also been criticised for cutting down trees alongside railway lines, leading to a government review.