Ministers have ‘ended’ rail franchising after 24 years but placed existing operators onto transitional contracts while they work out exactly what to replace it with.
Brought By
#Rail

Ministers have ‘ended’ rail franchising after 24 years but placed existing operators onto transitional contracts while they work out exactly what to replace it with.

The Department for Transport (DfT) said that as of this morning (21 September), franchising is replaced with ‘more demanding’ Emergency Recovery Management Agreements (ERMAs), which delivers on a government commitment to replace the current franchising system. 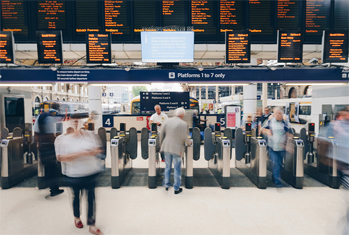 The ERMAs see the Government paying the costs of the day-to-day operation of the railway.

Officials said the intention is also for operators to run an almost full service to ensure there is space to help passengers travel safely but acknowledged that until passenger numbers return, ‘significant taxpayer support will still be needed’.

The DfT said the new ERMAs have tougher performance targets and lower management fees and allow the Government to make an early start on key reforms, including requiring operators to co-ordinate better with each other and driving down the railways’ excessive capital costs.

Management fees to train operators will now be a maximum of 1.5% of the cost base of the franchise before the pandemic began.

Transport secretary Grant Shapps said: ‘The model of privatisation adopted 25 years ago has seen significant rises in passenger numbers, but this pandemic has proven that it is no longer working.

‘Our new deal for rail demands more for passengers. It will simplify people’s journeys, ending the uncertainty and confusion about whether you are using the right ticket or the right train company.

‘It will keep the best elements of the private sector, including competition and investment, that have helped to drive growth, but deliver strategic direction, leadership and accountability.’

Tan Dhesi, Labour’s shadow rail minister, said: 'We welcome the Government admitting privatisation hasn’t worked and bringing in greater public sector involvement in managing the railways. But today’s agreements mean taxpayers are set to continue paying hundreds of millions of pounds in profit to private rail companies to run the network. This is completely unacceptable.

'These agreements paper over the cracks of a broken rail system. It’s time to put passengers before profit and bring our rail franchises back into full public ownership.'

It appears that ministers remain unsure exactly what the new system, described as the biggest change to the railways in a quarter of a century, will look like.

Officials said it will take shape over the coming months and ‘create a simpler, more effective structure’.

The DfT linked the end of franchising to the review by Keith Williams, stating that it has his full support and 'is the prelude to a white paper which will respond to his recommendations'.

The white paper will be published when the course of the pandemic becomes clearer, officials said

Mr Williams said: ‘These new agreements represent the end of the complicated franchising system, demand more from the expertise and skills of the private sector, and ensure passengers return to a more punctual and co-ordinated railway.

‘I am ensuring the recommendations I propose are fit for a post-COVID world, but these contracts kickstart a process of reform that will ensure our railways are entirely focused on the passenger, with a simpler, more effective system that works in their best interest.’

Comments from the Rail Delivery Group (RDG), which represents rail firms, suggest that it believes that there is a lot to play for regarding the future shape of the industry.

Chief executive Paul Plummer said: ‘We welcome the ongoing support to keep trains running for passengers and the government’s confirmation of an end to the franchise system, which we have long been calling for.’

However he said the ERMAs ‘should be a stepping-stone to a better railway’.

He added: ‘This needs to harness the experience, innovation and investment private sector operators bring, with local train companies taking the decisions that affect their passengers. It should be overseen by a new guiding mind for the whole industry and underpinned by a simpler to use fares system.’

Anthony Smith, chief executive of watchdog Transport Focus, said passengers would be reassured to hear that there is an agreement to keep the trains running for the foreseeable future, adding: 'Government and train companies must now also work together to offer what passengers are keen to see and provide tickets that fit the way we live and travel now such as flexible season tickets and better value for money fares across the board.'

He said: 'The future of the railway now depends on the creation of a new system that is centred around passengers; delivers social, economic and environmental benefits; and gives more devolution to regional and local governments with competition in the right places.'