Uber to carry on in London, despite 'historical failings'

Uber has won its appeal to be allowed to operate in London despite its 'historical failings'.
Brought By
#Traffic Management

Uber has won its appeal to be allowed to operate in London despite its 'historical failings'.

Deputy chief magistrate Tanweer Ikram found the company to be a ‘fit and proper person to hold a London PHV operator’s licence’ and has awarded it an 18-month licence. 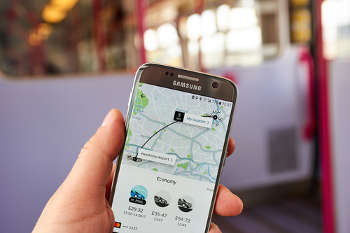 He said that he had taken this decision ‘despite their historical failings’, noting that Uber had not challenged whether TfL’s refusal to renew its licence in November last year was correct at the time.

Both parties accepted that ‘the relevant question was whether the decision is now wrong’, taking into account Uber’s attempts to address the concerns raised by TfL, which included the ability of unregistered drivers to pick up passengers.

Referring to these failings, Uber's regional general manager for Northern and Eastern Europe, Jamie Heywood, said: ‘It was not what we would do now. It was inadequate; we could have done better.’

Despite TfL's November 2017 decision, Uber has been allowed to operate in the capital, pending its appeal.

A TfL spokesperson said: 'We note the court has found that Uber is now fit and proper to hold a private hire operator’s licence in London. As a result of our decision in November last year Uber has implemented a number of changes to improve passenger safety and address the issues we identified.

'This 18-month licence with a number of conditions allows us to closely monitor Uber’s adherence to the regulations and to swiftly take action if they fail to meet the required standards.'

Jim Kelly, chair of the Unite London taxi section, called the decision 'a sad day for the travelling public in London and another blow to the taxi drivers in the capital'.

He added: 'We will need to study the court ruling in detail before commenting further. We will be discussing this with TfL and with London’s mayor, Sadiq Khan' to explore what can be done to mitigate this decision.'

‘Following the ruling, TfL will need to ensure that any conditions of the license renewal are strongly enforced, and we will be keeping a close eye on the way Uber operates to ensure it does operate in the fully safe and responsible manner that Londoners deserve.’