Councils in Wales could have greater powers to prevent pavement parking by 2022 from an independent taskforce.
Brought By
#Parking

In a statement to the Welsh Assembly, deputy transport minister Lee Waters, who set up the taskforce, said that the current law is not as clear as it could be and changes would be made to help councils target 'hot spots' through Traffic Regulation Orders (TROs).

'There is [currently] no specific offence of parking on pavements, and though the police can enforce the existing criminal offence of causing "unnecessary obstruction of any part of the highway", it is rarely enforced,' he said. 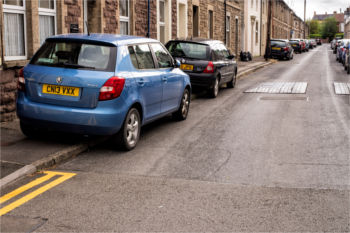 Mr Waters announced that the plan was to let councils 'target hot spots and vary its approach depending on local circumstances' adding that in 'some streets there are too many cars for the space available and we don’t want to penalise people who have no alternative'.

'By giving local authorities civil enforcement powers they can make judgments of where to clamp down. They can target hotspots like schools and respond to local circumstances. We intend for these new powers of "civil enforcement of unnecessary obstruction" to commence by July 2022.

'We will now set up an implementation group with local government representatives and stakeholders to develop enforcement guidance to help ensure a consistent approach is taken across Wales. This work will sit alongside the work we are doing to introduce a 20mph default speed limit in residential areas from April 2023.'

Scotland is pursuing an outright ban on pavement parking, which is set to take five years to implement. However the taskforce rejected that option as overly slow and complex.

Westminster has also recently begun to consult on ways to tackle the problem in England.

'A recent survey found that 83% of people in Wales view it as a real problem,' Mr Waters said.

All ten recommendations of the Welsh Pavement Parking Taskforce are being accepted by the Welsh Government.

They include a recommendation for The Senedd to 'pass subordinate legislation to add the existing offence under Regulation 103 of the Road Vehicles (Construction and Use) Regulations 1986, in so far as it applies to footways, to the list of enforceable contraventions to enable local authorities to carry out civil enforcement of pavement parking'.

Welsh Ministers 'propose to work with stakeholders to further develop and refine this policy proposal'.

Ministers also accepted a recommendation for local authorities to 'indicate those locations where pavement parking is permitted through Traffic Regulation Orders'.

The Welsh Government also agreed to carry out a review of the temporary TRO procedures and regulations, which have come into effect during the Coronavirus epidemic, to determine whether any permanent changes to the process are required.

The independent pavement parking taskforce was set up last summer under the leadership of respected transport engineer Phil Jones, who also chaired the Welsh taskforce on 20mph local speed limits.

In July, the Senedd backed proposals for a 20mph default speed limit in residential areas by 2023.

'Taken together these two initiatives have real potential to save lives, and rebalance the environment in favour of pedestrians to create communities that put people before cars,' Lee Waters said.